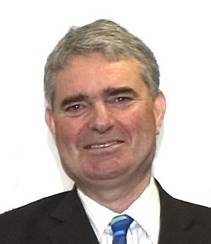 After completing his PhD at Liverpool University on Scottish Highland geology, Lindsay joined the former Institute of Oceanographic Sciences as a marine geologist/geophysicist studying tectonics of the ocean floor, evolution of continental margins and active plate boundaries; interests which involved participation in more than forty research cruises in all the world’s oceans.

In parallel with this research, Lindsay was commissioned by the then Department of Energy and the Foreign & Commonwealth Office to keep a watching brief on technical aspects of the Law of the Sea, and the implications of marine territorial rights and responsibilities and the exploitation of resources in the oceans under the United Nations Convention on the Law of the Sea (UNCLOS).

He formed a dedicated group to oversee this research field in the early 1990’s and leads it at the UK’s National Oceanography Centre in Southampton. He advises the UK Government on technical issues related to the Law of the Sea and has served on the Legal and Technical Commission at the United Nations International Seabed Authority.  He is currently the Head of the Technical Team preparing, presenting and defending the United Kingdom’s four cases for areas of outer continental shelf as provided for by Article 76 of UNCLOS.