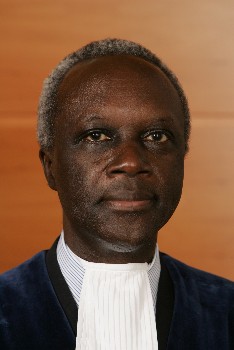 Member: Deliberations, UN Committee on the Peaceful Uses of the Seabed and the Ocean Floor beyond Limits of National Jurisdiction (1971-1973); Tanzanian delegation to: Stockholm Conference on the Human Environment (1972), London Conference on the Anti-dumping Convention (1972), IMO Conference that adopted the Marine Pollution Convention (1973), UN Conference that adopted the 1978 Vienna Convention on the succession of states in respect of treaties (1977), 1985 Nairobi Convention for the Protection, Management, and Development of the Marine and Coastal Environment of the Eastern African Region, UNEP International Group of Experts on Environmental Dispute Avoidance and Settlement (1998-1999), UNEP meeting of experts on liability and compensation for environmental damage (2002); Third UN Conference on the Law of the Sea (1973-1982); Acting Chairman, UN Sanctions Committee on Southern Rhodesia under Resolution 253 (1976); Special Committee on the Charter, UNCITRAL, the Mercenaries Committee and the Ad hoc Committee on the Indian Ocean as a zone of peace (1976-1980); sessions of the UN General Assembly (1976-1988); Rapporteur, Ad hoc Committee on International Terrorism (1977-1979); first and second special sessions of the UN General Assembly on Disarmament (1978 and 1982); Preparatory Commission for the International Seabed Authority and the International Tribunal for the Law of the Sea (1983-1993); International Law Commission (1997-2006; Vice-Chairman 2002, Chairman of the Drafting Committee 2003).

Distinctions: Papal Honour of the Grand Cross with the Star of the Order of Pius IX (1993).