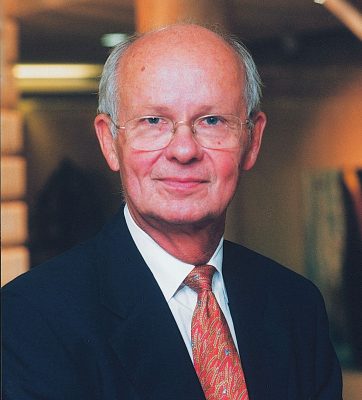 Måns Jacobsson was from 1985 to 2006 Director and Chief Executive Officer of the International Oil Pollution Compensation Funds (IOPC Funds). Since his retirement from the IOPC Funds at the end of 2006 he is working as academic lecturer and as a consultant in maritime and environmental matters.

After studies at Princeton University in the United States, Måns Jacobsson studied law at Lund University in Sweden, graduating in 1964.

Måns Jacobsson served as a judge at district court and appellate court level in Sweden 1964-1970. He worked as legal advisor in the Department for International Civil Law of the Swedish Ministry of Justice 1970-1981 and was Head of that Department 1982-1984. He held the post of President of Division of the Stockholm Court of Appeal 1985-2006. He has served as an arbitrator in Sweden.

Måns Jacobsson has published (together with two co-authors) a book on patent law. He has also published numerous articles in various fields of law, such as maritime law, torts, patent law, nuclear law and treaty law.

Måns Jacobsson is member of the Executive Council of Comité Maritime Internacional (CMI). He is also associate member of Quadrant Chambers, a set of leading barristers in London specialising in commercial law.

In 2007 the University of Southampton conferred upon him the Degree of Doctor of Laws Honoris Causa.