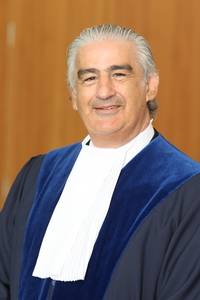 Professor David Attard has been admitted as Advocate in Malta, and a Barrister at law in England and Wales.  He is a member of the Middle Temple, London.

In 1990, he was appointed the first holder of the UNEP Chair of Environmental Diplomacy.  Since 1992, he has been the Director of the IMO International Maritime Law Institute.

Professor Attard has contributed various articles to leading journals.  His book “The Exclusive Economic Zone in International Law” (Clarendon Press) was awarded the Paul Guggenheim (International Law) Prize, Geneva.  In 1988 on Professor Attard’s advice, the Government of Malta requested the United Nations to take action to protect the global climate.  His proposal led to the 1992 UN Convention on the Protection of Global Climate.

Professor Attard was the Special Advisor to the Secretary-General of the International Maritime Organization in London.  In 1989 he was appointed Special Legal Advisor to the Executive Director of the United Nations Environmental Programme in Nairobi.