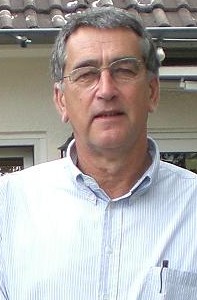 John Hare set his sights on a career in maritime law during his final year of BComm LLB at the University of Cape Town. After a year’s training at Safmarine in their London office, he completed an LLM in marine and maritime law at University College, London. During this time he obtained a Diploma in the Science & Technology of Navigation at the Sir John Cass Merchant Naval College in London.

Next step was joining Fairbridge Arderne & Lawton in Cape Town where he served articles under John Reay, founder president of the SA MLA. He seldom ventured out of maritime law during the 17 years he remained with the firm. The bulk of his practice was P&I Club related and he reminisces often, and not without nostalgia, of the major shipping disasters in which he wore the cap of Club Correspondent.

In 1981 John was a participating teacher in the first Maritime Law shortcourse offered by UCT – a course which was repeated in 1983. When the LLM programme began in 1985, John joined the team of part-time lecturers, teaching maritime law subjects every second year until 1991.  The lure of academia prevailed in 1994 when he was offered a permanent full-time post as Associate Professor, and he then formed the Shipping Law Unit. For the next 20 years, he taught and supervised Masters students in shipping and insurance law, and the law of international trade, from all over the world.  In 1999 he was appointed Professor of Shipping Law, a position he held until retiring from full time teaching at the end of 2012 when he was elected Professor Emeritus.  Professor Hare received a Distinguished Teacher Award in December 2000.

Prof Hare is a past president of the SA MLA, and served two terms on the Council of the Comité Maritime International of which he was appointed Secretary-General in 2013.  He has been appointed Referee by the High Court in a number of cases involving competing admiralty claims against the proceeds of the judicial sale of ships.