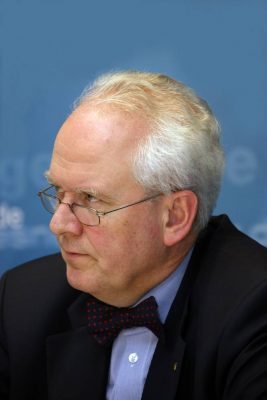 Academic administration
1993-1994 Dean of the Faculty of Law, Univ. of Augsburg; 2000-2003 Chairman of the Humanities Section, Max Planck Society for the Advancement of the Science; 2004-2006 Acting Director of the Max Planck Institute for History, Göttingen.

Professor Basedow is also member of the Foundation’s Board of Trustees.