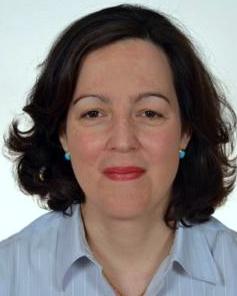 From 2005 to 2009 she worked at the International Affairs Office of the Venezuelan Maritime Administration (INEA) in Caracas, where she reached the position of Head of the International Office and represented her country in several international meetings at IMO and the IOPC Funds in London. During those years she was elected as President (ad-honorem) of the Advisory Committee on the Law of the Sea and Maritime Law by the Secretary of Transportation’s Office of Venezuela; in order to produce maritime legislation proposals to be presented to the Secretary and subsequently to the Venezuelan Parliament.

She started her academic career in 2005 as a part-time Professor at the Universidad Nacional Experimental Marítima del Caribe (Venezuelan Maritime University), where she taught several courses dealing with Law of the Sea and IMO Conventions, supervised master dissertations and acted as referee for several publications. She was also invited to lecture at the Venezuelan Diplomatic Academy.

Dr. Romero joined WMU in 2010 and currently teaches the following courses: Maritime Law & International Maritime Conventions, Law of the Sea and Maritime Security, Law and Policy related to the Marine Environment and Principles of Maritime Administration and Management. She is also in charge of organizing the annual Moot Court Competition for the Master of Science Law & Policy Specialization focusing on current issues of public international law.

Dr. Romero has been very active in the delivery of Professional Development Courses on the Law of the Sea with special focus on Maritime Boundary Delimitations. She has also participated as a speaker in several conferences regarding the protection of the marine environment and the advancement and empowerment of women.

Her main areas of research are Law of the Sea, pollution liabilities, ocean governance, and the IOPC Funds.