The twelfth IFLOS Summer Academy at the International Tribunal for the Law of the Sea took place from 22 July to 17 August, 2018, maintaining our banner for this and future events, namely “Promoting Ocean Governance and Peaceful Settlement of Disputes”. 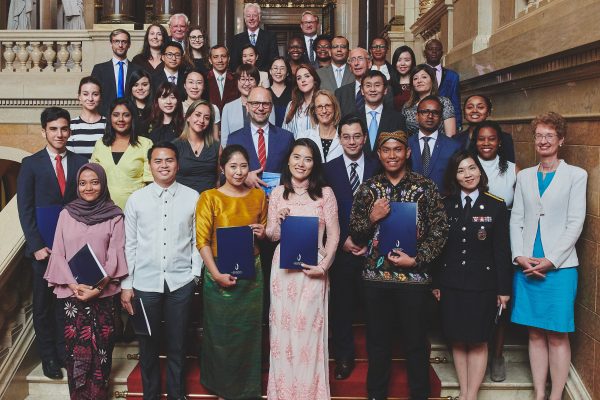 The Foundation welcomed 39 participants (thereof 5 part-time for the Law of the Sea Module) from 29 different countries from around the world. With nationals from 3 countries not having been represented at the Summer Academy before, our “Global Reach” grew to 126 nations with 408 Alumni on all continents. Six of the attendees were seconded by the Tribunal within the framework of the Nippon Program; 33 were chosen by the Foundation in cooperation with the Tribunal. As to the number of applications a new record with over 100 submission was achieved and, once again, the Foundation took note of a sustained high degree of academic qualification and professional accomplishments amongst the applicants.

The 2018 session was supported by Edmund Siemers-Stiftung , the German Foreign Office (Auswärtiges Amt) and The Nippon Foundation. 6 individual full Scholarships were granted by the German Shipowners’ Association (VDR – Michael Behrendt Scholarship), the Jens-Peter und Betsy Schlüter Stiftung für Schifffahrt und Umweltschutz (2), Watson Farley & Williams Law Firm and anonymous donors (2). Five further partial Scholarships were granted by Ehlermann Rindfleisch Gadow Law Firm, Euromar GmbH, IFLOS sources and by contributions of Alumni from the Class of 2017 towards the “Friends of IFLOS” fund established 2016. Given the fact that The Nippon Foundation enabled 6 other participants to take part in the course, 17 young academicians – most from developing countries, attended the Academy with financial aid.

As its predecessors, the 2018 Academy covered a variety of Law of the Sea, Maritime Law and related topics and dealt extensively with specific subjects of interest such as marine environmental protection as well as oil pollution and its consequences. Based on the experience from previous Summer Academies, the schedule maintained the distinguishable block on Maritime Delimitation, where the traditional practical workshop was combined with the legal and political solutions. This year, the excursion to a maritime location led to GEOMAR at Kiel. A copy of the Schedule is attached.

During the four weeks of the program, the participants had the opportunity to meet an impressive faculty composed of over 35 renowned personalities who travelled to Hamburg from many different corners of the world to share their expertise and experience with the participants on a pro bono basis. The Foundation is especially grateful for the invaluable contributions by the members of the International Tribunal for the Law of the Sea. With former Presidents José Luis Jesus and Rüdiger Wolfrum, Judges David Attard and Tomas Heidar, former Judges Gudmundur Eiriksson, Tullio Treves and Helmut Türk as well as Registrar Philippe Gautier and Deputy Registrar Ximena Hinrichs Oyarce, the Foundation was very pleased to record a high number of ITLOS representatives again.

Many members of the faculties 2007 to 2017 – legal and economic experts, natural scientists and experienced practitioners in maritime affairs could be attracted to return to Hamburg. A copy of the List of Lecturers is attached. 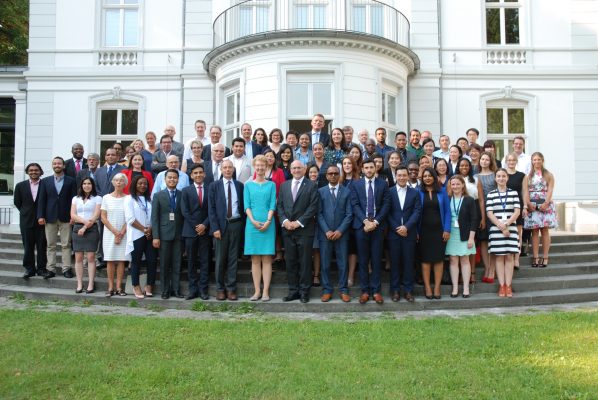 For more information and material refer to to the 2018 Open Event Page.

Since 2013, competing in the Moot Court Tournament is mandatory unless a participant is not a lawyer or excused due to extraordinary circumstances. As we maintained four teams, these were challenged to elect a convenor as well as an agent and up to three speakers while the rest of the Team provided legal and other support. The speakers competed in the orals of the Moot Court Tournament held in the Court Room of the Tribunal and gave an impressive performance. Although there was not much time to prepare the memorials and the hearings, the participants came up with well-prepared arguments and sharp answers to the questions put to them by the moot court bench consisting of former ITLOS Judge and Vice President Dr. Helmut Türk (presiding) and Professors Nele Matz-Lück, Doris König and Alexander Prölß. 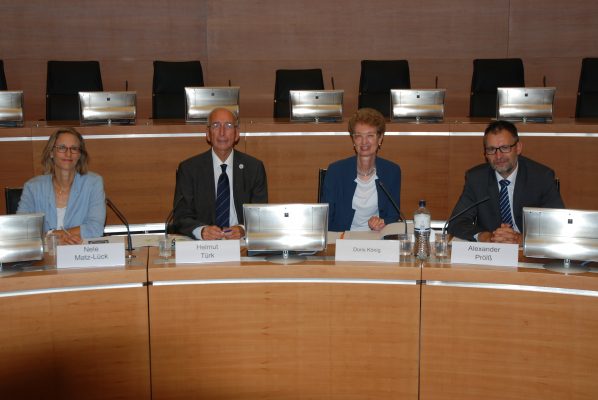 As before, the moot court judges chose a winning Team and awarded a special recognition for best oral argumentation. 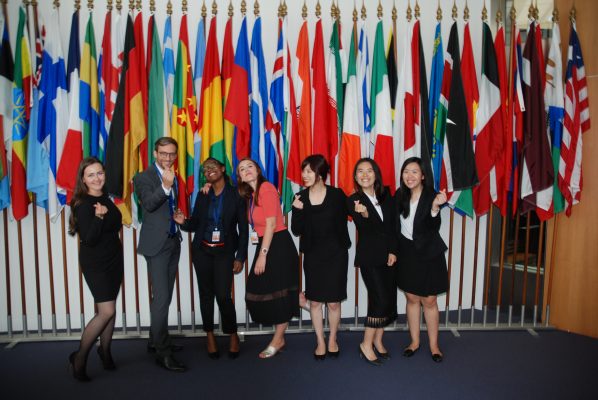 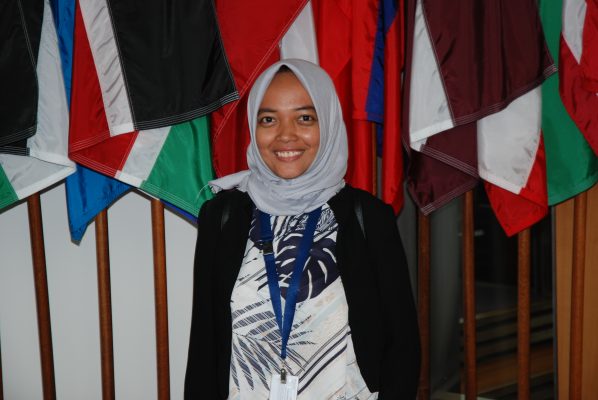 In 2013, the Foundation decided that the usual Resolution had run its course after 6 consecutive years. Instead, participants not competing in the Moot Court were asked to keep a course diary and submit a summary. The fifth Diary (2018), is attached.

Although the schedule was tight, there was some time reserved for extra-curricular activities. The participants had the opportunity to do some sight-seeing in Hamburg and its vicinity during a very informative bus tour as well as a boat tour through the port and they went to the medieval city of Lübeck. Once again, the Foundation managed to organise an excursion to Berlin, with a visit to the Reichstag. There were also various social functions such as a BBQ, a “Night Out Bavarian Style” and Frank Leonhardt hosted a reception at the premises of Leonhardt & Blumberg. 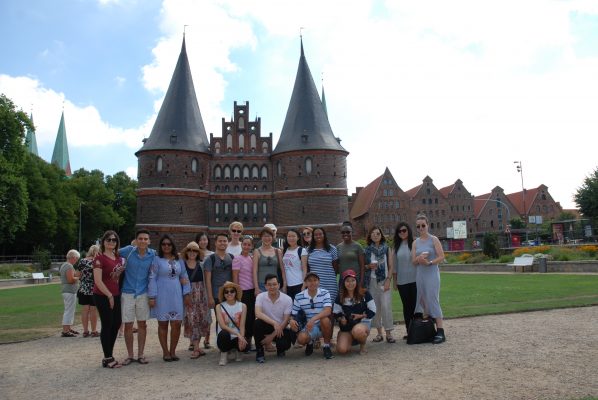 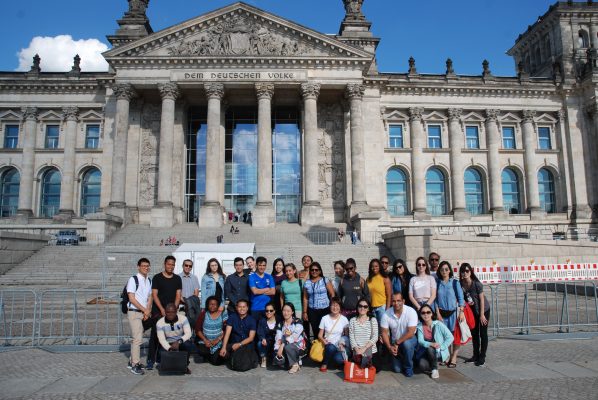 At the close of the Summer Academy, the Senate of the Free and Hanseatic City of Hamburg held an impressive and well attended reception in the Town Hall, hosted by Senator of Justice, Till Steffen, where the participants received their certificates. The honour of opening the Hamburg Town Hall for the Graduation Ceremony and Reception was granted to IFLOS for the 12th time in a row. 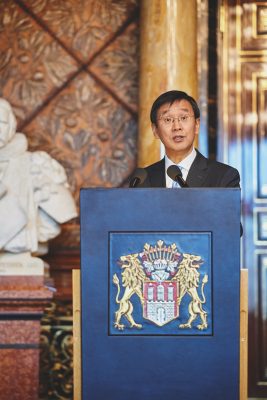 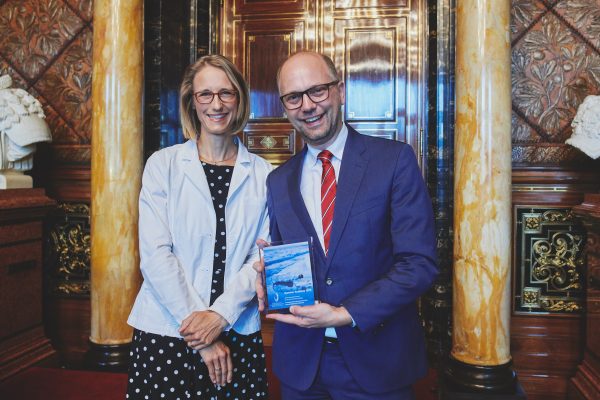 The Foundation should like to express sincere thanks to President Paik, Registrar Gautier and all the staff members of the Tribunal who have supported the team of the Foundation so well before and during the course of the Summer Academy.